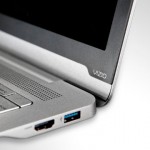 Recently I’ve seen several blogger fanboys crying about how PC manufacturers are “ripping off” Apple’s MacBook Air, or the in the case of Samsung, the iPhone.

Haven’t these guys ever heard the phrase “Build a better mousetrap, and the world will beat a path to your door“? It’s a standard business practice, one that Apple itself thrives on.

It wasn’t until Apple came out with the ultra-thin, and over priced, MacBook Air that PC manufacturers could effectively sell a $900 ultra-thin laptop PC. Compared to Apple’s $1000 MacBook Air (originally higher than that) the $800 or $900 thin, and underpowered PC laptop looks like a deal – now.

These fanboys act as though the “rip-off” ultra-thin laptops are somehow going to hurt Apple or the fanboy themselves. The truth is that these ultra-thin laptops are going to do one thing: Make Apple make their MacBook Air even better. It’s called competition, and it’s good for the industry. We’re starting to see this right now with the rumors of the iPad 3 – that Apple is going to make them better and cheaper to compete with all the lower priced tablets out there.

I own Apple products (iPhone, iMac, iPad) and Windows PC’s as well. My primary desktop PC is Windows, but I think the iPad is hands down the best tablet, and the iPhone the best phone – for my needs.

Like I’ve always said, “The best tool for you is the tool that works best for you.” Please stop acting like what I use is somehow effecting your life. Stop crying also, you’re just making yourself look silly.